Skip to content
Previous Next
Commitment to Care: Leonardo 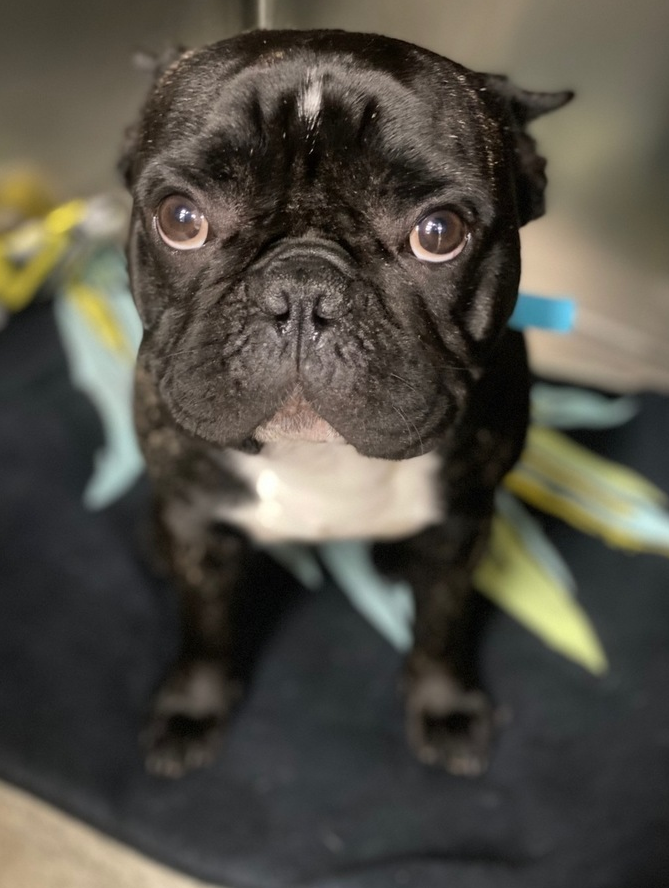 Say hello to Leonardo, a 2-year-old male French Bulldog. Leonardo came to the clinic because he was vomiting, unable to keep food and water down. Due to this, his owner did not give him his monthly flea, heartworm, and intestinal parasite prevention. Being a dog living in Florida where mosquitos are prevalent year-round, missing even just a couple doses of prevention was enough to put him at risk.

Dr. Klemawesch performed a physical exam and ordered a heartworm test which unfortunately came back positive. She then gave Leonardo and his owner the news and explained the treatment process. Thankfully, unlike cats, there is a treatment protocol for heartworm disease in dogs.

Mosquitoes serve as the primary carrier for transmission of heartworm disease and just one bite is enough to pass microfilariae (immature heartworms). These tiny worms migrate through the tissues and bloodstream until they reach the heart and surrounding vessels where they take up residence as an adult. This process usually takes about four months. As the heart becomes clogged with worms, there is less blood it can push out to the rest of the body, which could result in heart failure.

Following the American Heartworm Society guidelines, Dr. Klemawesch prescribed Heartgard and doxycycline and Leonardo’s technician scheduled his future appointments for continuing treatment. After two months on heartworm prevention and one month on the antibiotic, he was ready for his first in clinic heartworm treatment. This consists of an injection of immiticide into the muscle followed by observation in the hospital. Other than some mild swelling at the injection site, Leonardo did great for his first treatment. He was sent home with carprofen, a non-steroidal anti-inflammatory medication. It is standard to prescribe either a steroid or NSAID to help reduce side effects.

It is extremely important that the dog going through heartworm treatment is confined and activity/exercise is limited. This is because exercise can increase the potential for the heartworms to dislodge and cause clots elsewhere in the body. This can result in severe complications and possibly death. The importance of this was explained to Leonardo’s owner and much to his dislike, Leonardo was confined, and leash-walked at all times.

One month after the first injection, Leonardo returned to the clinic for two more injections, 24 hours apart. He stayed in the clinic for observation and did great other than some vomiting the first night. He was sent home with more carprofen and ordered to continue with restricted activity. Three weeks later, Leonardo came in for his recheck exam. Swelling was still present at the injection site; however, it did not seem to cause him any pain or discomfort.

A total of six months since the diagnosis, Leonardo came in for his last recheck. Dr. Maia performed a physical exam and listened closely to his heart and lungs. A heartworm antigen test and microfilaria check were performed and thankfully they both came back negative! The swelling previously seen at the injection sites was gone and Leonardo even gained some weight. He was updated on vaccines and set up for his six-month exam. The best news was that he could resume normal activity and no longer needed to be confined which we know he is overjoyed with!  Leonardo is now back on a routine of year-round monthly heartworm prevention and is back to his bubbly, happy old self, always ready to give kisses!