Skip to content
Previous Next
Commitment to Care: Taco 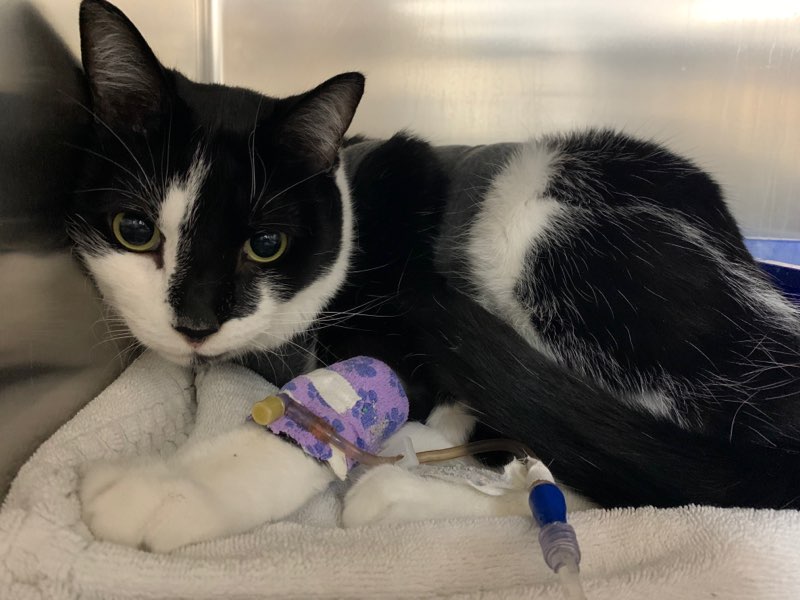 This month’s focus is a four-year-old feline named Taco, who recently came into the clinic experiencing intermittent vomiting. An appointment was made with Dr. Maia, who after doing a complete physical exam, prescribed medication to help alleviate the vomiting. A few days later, there was no improvement and Taco came back into the clinic now also exhibiting little to no interest in eating or drinking and hadn’t gone to the bathroom in two days.

During Taco’s follow up visit mild dehydration was noted, Taco’s abdomen was soft but did not appear painful. Given the lack of improvement, Dr. Maia recommended in house blood work and radiographs. Taco’s bloodwork results were unremarkable but showing slight dehydration relating to suspected GI inflammation. The x-rays confirmed  some GI abnormalities with signs of two bowel populations. Given these results Dr. Maia recommended exploratory surgery to locate and remove a suspected foreign body. 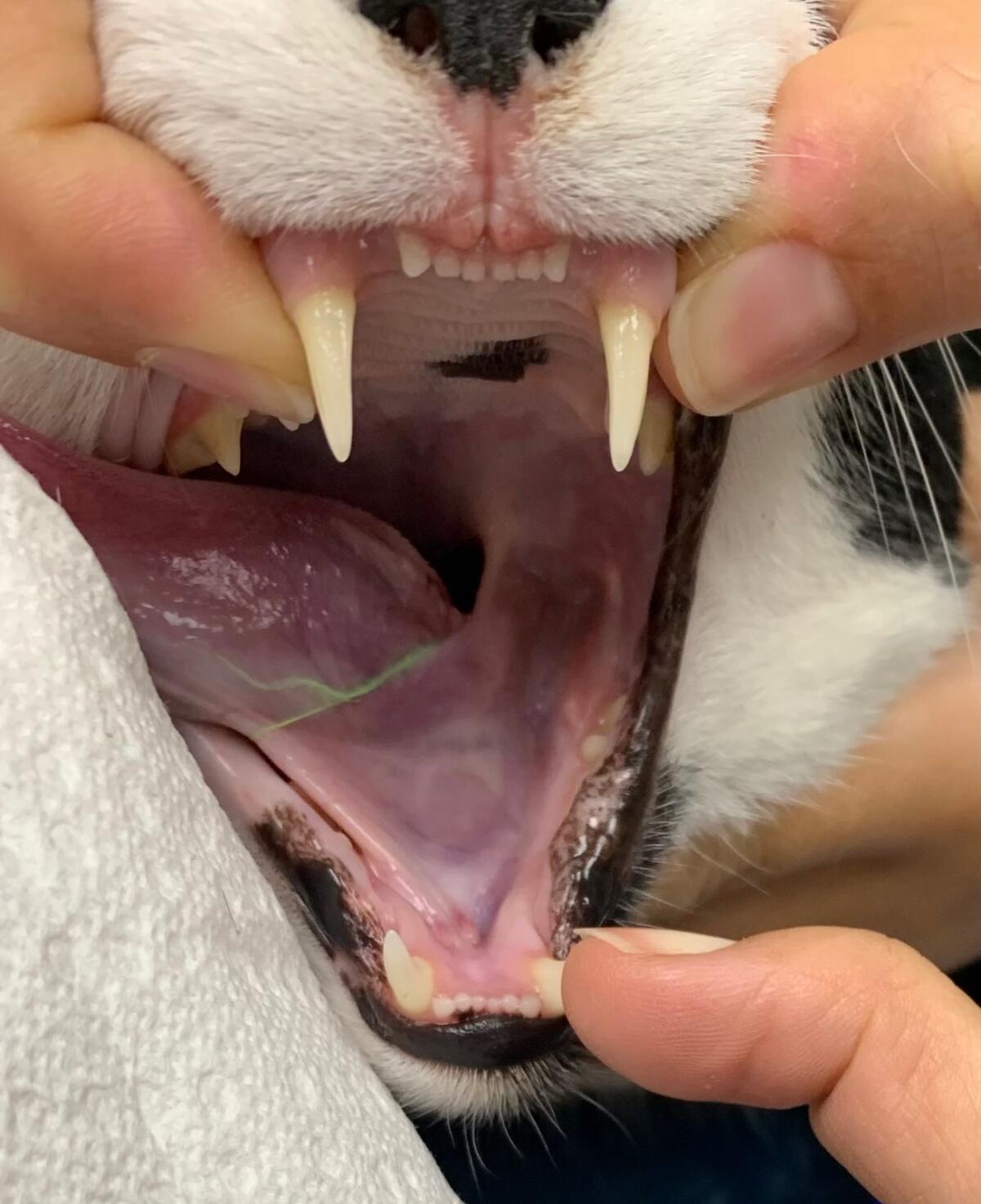 Dr. Wallen performed the surgery where it was discovered that Taco had ingested a string which was removed safely resulting in a successful outcome. Taco was placed under close observation while in recovery due to questionable areas in the intestines, but thankfully did not exhibit any complications as a result of his ordeal.

Once Taco regained his appetite and was drinking sufficiently he was able to go home to continue his recovery and is now back to his normal self, with mom restricting his play to stringless toys!

What to do when your cat eats a string?

Cats like to play with string, it is almost as fun as the laser light but can be far more dangerous. To help prevent an accidental string swallowing incident, avoid giving your cat toys that contain string, yarn, fishing line, or supervise them as they play.

You know your pet best and if they are not acting like themselves or you think they have ingested something that they shouldn’t, call your vet. Especially when it comes to foreign body blockages, time isn’t on your pet’s side and they need emergency attention right away.