Skip to content
Previous Next
Commitment to Care: Opie 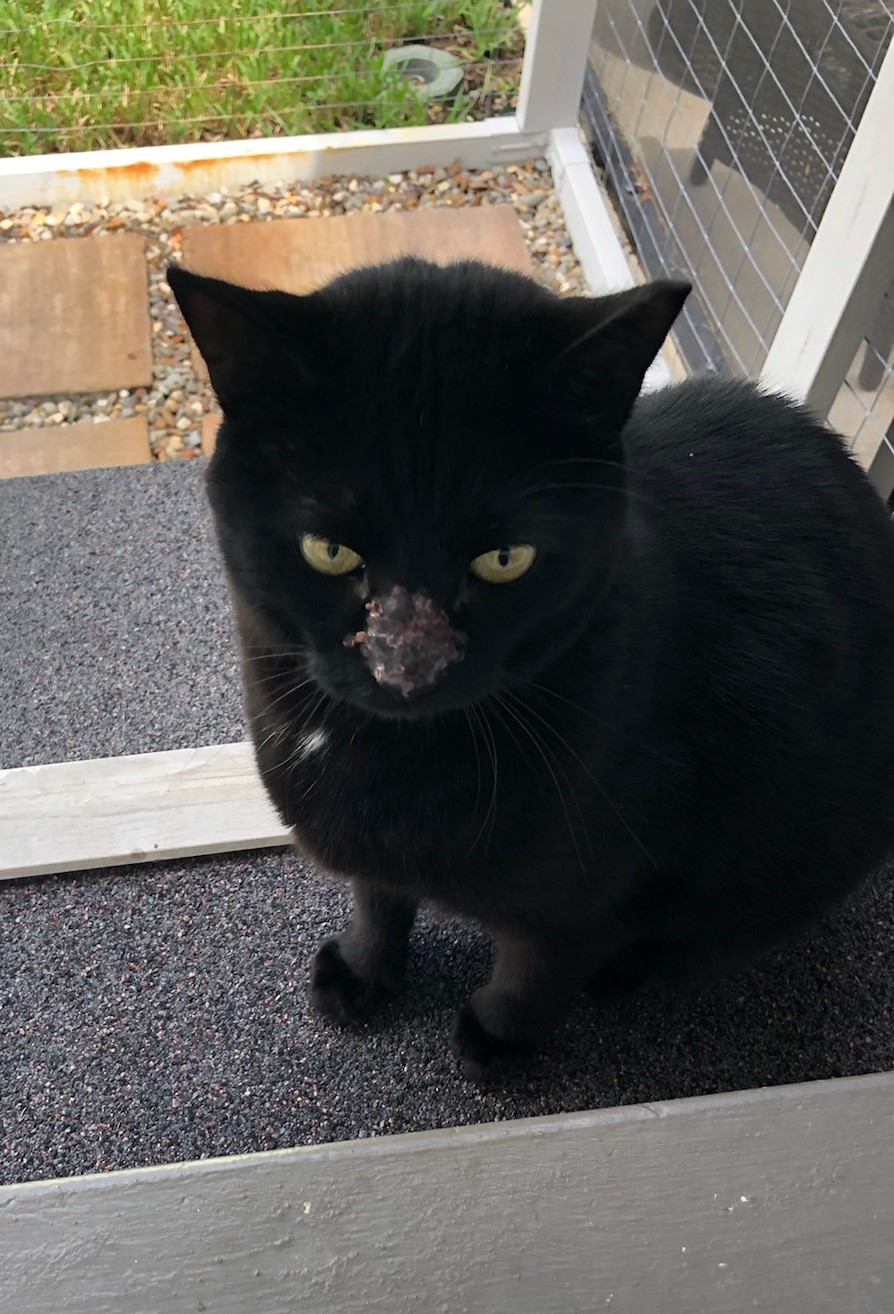 For Opie life was good, coming and going in and out of his home as he pleased. That is until his owner noticed that he started developing small white bumps on the surface of his nose which progressed into inflamed sores. These sores became more developed overtime although they remained localized around the nose area. A visit to the vet was in order, when after three weeks it had not got any better and Opie’s mom decided it was time to get Opie professional help.

After completing the physical exam Dr Craven made a tentative diagnosis of mosquito bite hypersensitivity resulting in eosinophilic dermatitis. The affected area had developed into lesions with mild ulceration and a moist discharge. To keep the symptoms under control a steroid injection was administered to help with the inflammation and a cream was sent home to apply topically twice daily. Much to Opie’s dismay it was also recommended to keep him confined to indoors during the early hours of the morning and evening which neither Opie or his mom were to happy about as this was his playtime in the screened in porch.

Even with treatment there was not a lot of improvement over the next three months, so Dr Craven recommended bloodwork and a biopsy of the affected area to rule out any other potential concerns. These tests were performed and sent to a specialist lab for results. Opie was sent home with an e-collar to be worn at all times to avoid further trauma to the nose while healing from the biopsies.

Opie’s nose healed up well after the biopsy, but the dermatitis has reared its ugly head a couple of times since the procedure. The results confirmed the original diagnosis of eosinophilic syndrome which means that as long as Opie goes outside he will need a lifetime of monitoring and ongoing treatment with steroids to keep the symptoms at bay. A blood panel will also need to be run every 6 months to ensure Opie is handling the steroid treatment well.

It’s been a long two year journey for Opie but thanks to the attentiveness and commitment of his mom, his condition is now being kept under control and aside from the occasional flare up he is back to living his life as before and lounging out on his lanai. For Opie to avoid these symptoms entirely and not have to endure the routine steroid treatment, he would need to live indoors 24/7 in order to eliminate the risk of exposure to mosquitoes altogether.

This disease normally affects cats living in mosquito prone areas and is usually seasonal, although in Florida it can be a year-round problem.