Skip to content
Previous Next
Commitment to Care: Hershey 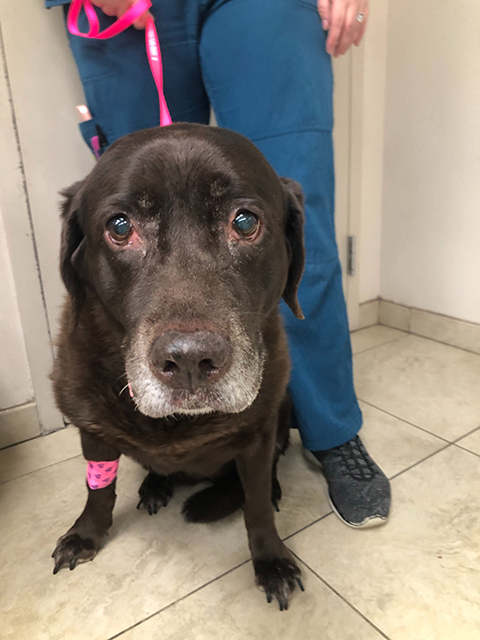 Meet Hershey, a 12-year-old chocolate lab who recently came into the clinic for an exam when she needed a refill for her heartworm prevention medication. When Hershey came in the doctor’s first impression was that, visually she appeared to be healthy, although her mom reported that she had been slowing down a bit but this could be attributed to Hershey getting older.

With this in mind, Dr. Wallen performed a wellness exam during which she could feel a large mass in Hershey’s mid-abdomen. By performing an abdominal ultrasound she was able to identify and characterize the abnormality as a splenic mass and looked for any free fluid which may have collected in the abdomen. The main concern with a splenic mass is that it could rupture at any moment putting Hershey’s life at risk. As a result, it was determined that she needed to have surgery sooner rather than later.

In preparation for surgery, the Pinellas Animal Hospital Team ran a series of blood tests to ensure Hershey was fit to undergo anesthesia. During Hershy’s laparotomy (a surgical incision into the abdominal cavity) Dr. Wallen saw the large splenic mass and subsequently also had to remove the spleen itself. Thankfully all of her other organs appeared normal and the mass had not spread.

Following her surgery Hershey was told she would have to limit activity with no running, jumping or “rough-housing”. She was given an e-collar to prevent her from licking or chewing her incision and after 10 days Hershey came in to have her sutures removed. The incision looked great and her energy level had greatly improved! Hershey is one lucky dog – without performing a routine wellness exam the outcome could have been very different! 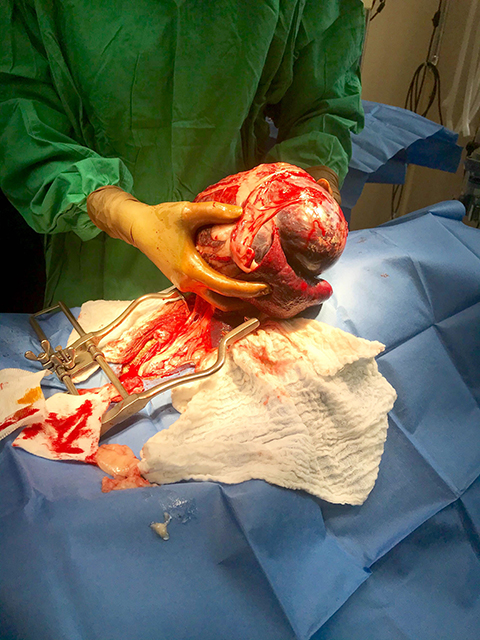 What is a Splenic Mass?

A splenic mass is one of the most common non-cancerous lesions found in older pets. Generally speaking, they are masses of clotted blood. Although Hershey didn’t display any obvious symptoms here are some things your pet may exhibit if they have an abdominal mass: