Skip to content
Previous Next
Commitment to Care: Pinsy 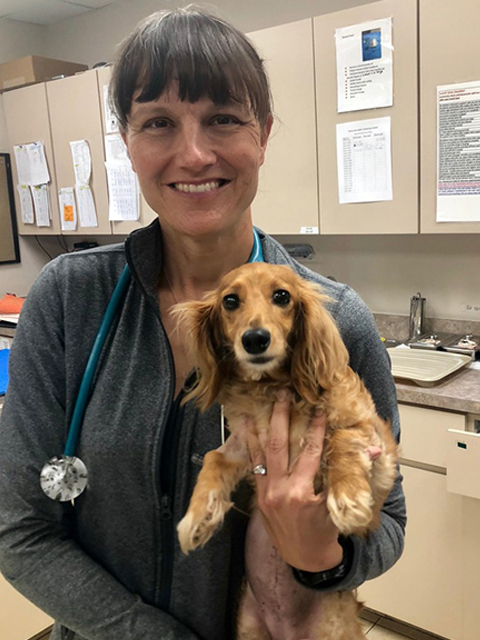 Pinsy, is a four-year-old Dachshund, that just wasn’t acting right; she was vomiting and her appetite was down, which meant a trip to her veterinarian was in order, sooner rather than later. A physical exam was performed, followed by x-rays that ultimately revealed a foreign body in her abdomen, which was causing a blockage.

Today, after surgery to remove the object, (which turned out to be a tampon!) along with two follow up surgeries, Pinsy is feeling much better and has made a full recovery. After such a scare it was with much joy that her parents were able to bring Pinsy home and see her enjoying life to the full again and back to her old self!

You know your pet best, if something seems out of the norm and you’re concerned… we’re concerned. Our best recommendation: Don’t wait! Call us or bring your pet in immediately to be seen. We’re always here for you!